Cairo-in-revolt. The media reportage spoke of fire and brimstone. Riot police and teargas. Angry protestors with concrete shotputs. The odd tank or two. Mubarak got jail time, the protestors got their revolution but all I got was a few good Facebook photos and a bowl of free koshary. The lineups for free food in Tahrir were all very civilised though.

“Mad Max with tea”, as someone put it to me. 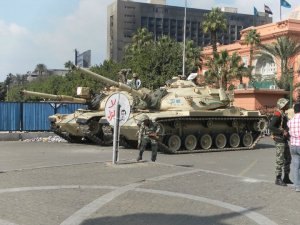 Tanks in front of the Egyptian museum. The international press loves these kinds of photos and would probably overlook the fact that the tank guns still have their dust caps on… 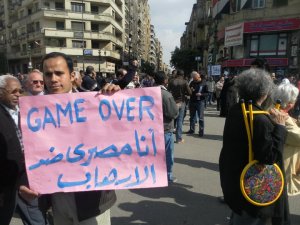 A Muslim Brotherhood activist in Tahrir Square. His sign reads: “Game over. I am an Egyptian against terrorism” 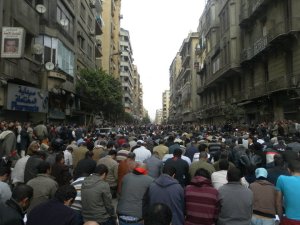 Why go to the mosque for jumma prayers when there is a perfectly good street? Cairo in revolt on a Friday. TGIF 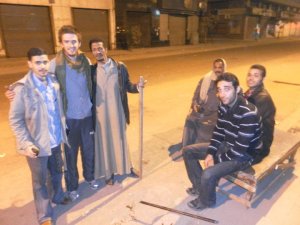