Earlier today, a multi-agency policing operation spearheaded by Victoria Police and supported by the AFP and ASIO, successfully averted a terrorist attack against targets in Melbourne’s CBD. Four of the five would-be attackers, it seems, are young members of the Lebanese-Australian community. They were born here, raised here and now they have been charged with preparing to detonate improvised explosive devices in a major Australian city.

This plot comes at the end of an extremely violent year which has seen salafi-jihadism predominating as the main driver of terrorism worldwide. At the same time, Australia’s Lebanese migrant community is also in the spotlight, often as a favourite case study for politicians to publicly examine the outcomes of immigration from the Middle East. Multi-culturalism is being challenged by very loud voices. Nativism is on the rise. Here the Minister for Immigration and Border Protection Peter Dutton’s controversial comments in Parliament last month, which rightfully drew the ire of the Lebanese-Australian community, are particularly telling. Fear is rife in everyone’s analyses of the problem.

But while ISIS-inspired terrorist plots are on the rise in Australia, as I’ve written previously, the nativist movement which is sweeping the West – exemplified by Trump, Brexit, Le Pen and One Nation – is a phenomenon which is tied to “fear of small numbers” – an inflated perception of actual risk.

At first glance, Dutton’s comment that “of the last 33 people who have been charged with terrorist-related offences in this country, 22 of those people are from second and third generation Lebanese-Muslim background” seems pretty alarming. In many ways it is pretty alarming. As a court statistic based in fact it shows that terrorism in Australia is fast becoming a disproportionately ethnic problem. There is a problem amongst Lebanese-Australian youth which police and community groups need to redress. Even still, we need not let the Minister’s alarmism colour our perceptions of the Lebanese community as a whole. If there are in fact 22 young terrorists out of a community of 203,139 (the number of Australians who claimed Lebanese ancestry in the 2011 Census) a better way to truly gauge the scale of the problem comes from appreciating the reality that only 0.0108% of Lebanese-Australians have demonstrable ties to terror***. If we restrict the sample size to the 37% of Lebanese-Australians who identify as Muslim, that still only leaves us with a percentage of 0.029% who have been charged with terrorist offences.

Of course, singling out entire groups of people because of the actions of a few is not novel in Australian political life. In 1915, when a pair of Afghan cameleers carried out Australia’s first mass atrocity event at Broken Hill, an angry mob descended on an Afghan camp seeking revenge. Later that evening, they burned down the local German club, blaming enemy aliens for agitating the assailants. 90 years later, the rioters at Cronulla were channeling a similar kind of rage. Both responses were executed in a fearful, post-fact environment – one which overlooked the fact that Afghan camel-drivers formed the backbone of the trans-continental transportation industry in early Australia or, in the case of Sydney in 2005, that Lebanese-Australians were major contributors to local economic growth in manufacturing and small business.

That said then, when Minister Dutton talks about “calling out” (that is, by discriminating against) the Lebanese-Australian community for its links to terrorism, he is not being “honest” at all. But this is frequently the problem with those who proudly wear the badge of “political incorrectness”. More often than not, they are simply incorrect.

As far as policy is concerned, a multi-generational, intra-communal crisis like the one currently effecting the Lebanese-Australian community isn’t something that governments can tempest-harden against with ham-fisted responses. The eventuality that a Lebanese refugee’s grandson would one day become involved with a terrorist group (ISIS) that didn’t even exist in the 70s is  what military planners would call a “second or third order effect”. These effects are often incredibly difficult to predict. In the above case, it was impossible to predict.

In the case of today’s terror plot, a moratorium on Muslim immigration to Australia isn’t going to end the hatred and alienation currently being felt and expressed by a vulnerable demographic of second-generation and third-generation Muslim-Australians. On the contrary, it will make the problem worse. Instead of “throwing out the poisoned Skittle bowl” as Donald Trump’s son crassly suggested during his father’s campaign, our counter-terrorism efforts should focus on selectively removing the poisoned Skittles from the bowl (that is, by adequately resourcing and supporting our police and intelligence agencies) and working with community groups to neutralise the poison entirely.

Beyond this, bandying about alarmist crime statistics during Parliamentary Question Time is only going to make the problem worse. As former Liberal leader and now-ANU professor John Hewson wrote of Minister Dutton’s comments in Parliament: “while the Government has recognised the desperate need to rely on the cooperation of the Islamic communities to out potential terrorists as an essential element of its national security and anti-terrorism strategy, Dutton has sought to name and shame a particular segment of that community: Lebanese-Muslims”.

Better understanding the causes of social alienation is the key to solving the problem – not closing the gates on the alienated entirely. In the case of Mullah Abdullah, one of the perpetrators of the Broken Hill attacks in 1915, his alienation began on “the day some larrikin threw stones at me” for wearing his turban.

The bottom line, therefore, is this. Responding to domestic terror plots by engaging in activities (legislative, on the street or otherwise) which go against our fundamental national values is not the solution. Permanently closing our borders to innocent people fleeing terrorism will not prevent Australian-born citizens from committing acts of terror in the towns they grew up in. Similarly, oppressing Australian Muslims on the street will not end the scourge of salafi-jihadism.  By choosing to wage a war against Christmas, the terrorists are doing this themselves. Eventually, support for their barbaric violence will dwindle. In the long run, no one likes a Grinch. 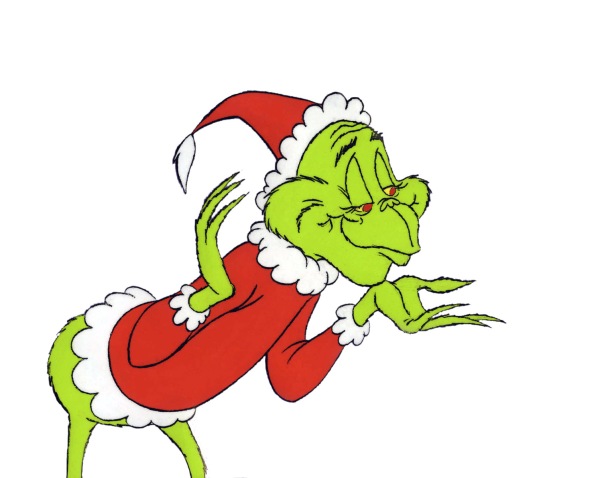 *** Edit & author’s note: A commenter below rightly pointed out that the 2011 Census statistic is too broad for use here as it doesn’t differentiate between religious background (obviously Lebanese-Muslims are the central focus here) or between various waves of migration. There is relevant chat in there so I added the math for Lebanese-Muslims too. Of course, if it is true that the Census stat doesn’t tell us much about a topical demographic than Dutton’s statistic doesn’t really tell us much about the same demographic as a whole either. At least, no more than a statement like “52% of homicide in the US is committed by African-Americans whereas less than 2% of American Presidents have been African-American” tells us anything about where African-American community interests and values lie as a whole. This of course is the problem with quantitative data (and the reason I studied anthropology which relies more heavily on the qualitative kind) – stats can be twisted to give gross misrepresentations of the scale of the problem. There is a good post about the neutrality of crime statistics here.