I’ve decided to take up blogging again. You know, actual blogging. Not the kind of literary wordsmithery that ends up in Alpinist or the news-casting clickbait that ends up on the ticker tape of a national broadcaster. Real, grassroots blogging. That unadulterated stream of consciousness stuff used for documenting the road, the research, the RUMINT and the rest. Dostoyevsky (and my wonderful editors who have in the past enabled me) eat your heart out.

For sure, I’ll keep working on various writing projects for the formal fora, covering everything from mountaineering to war crimes in Afghanistan and everything in between those everythings.

Pourquoi? Because I like to transmit what I regard as well-crafted arguments (others may disagree) on important moral and public issues; because the bylines are good for the ego; and, yes, because it occasionally pays.

Nevertheless, blogging is where it all began for me and so it’s to blogging that I would like to return. Besides, it’s incumbent upon every writer to keep the people happy and I’m unsure what the masses think of my fiction. I suspect it’s crap.

Point is, blogging is great because it provides a medium to spray about yourself, your travels and your climbing under a thinly-veiled literary guise that is more socially acceptable than the solipsistic selfies you see plastered all over social media. And, more importantly, it keeps you writing. Which is always a good thing. Like a good workout. Exercise your expression. It’s the reason I got into climbing actually. Makes for good content. HW Tilman played a role too, I suppose. (He’s still the greatest climber-explorer ever).

Anyway, since moving to the True North with my now-wife-then-girlfriend more than three years ago we’re more or less completely Canadianized – sans l’accent. I have the citizenship to prove it and she’s a spousal dependant so they won’t kick her out. On this front then, everything is as it should be. We’re firmly entrenched in the mountain culture of British Columbia with no pressing desire to move back to the flat, dry bushland of our upbringing. Good. I think I’ll stay.

This country does not suck. Snowpatch Spire, Bugaboo Range, BC.

There’s been plenty of climbing about which one could give a frothy spray-down but in reality none of it is particularly noteworthy. Certainly, there’s been no ascents of late that a visiting punter couldn’t get beta for at any climber’s cafe in Squamish or Canmore. And for sure, nothing is as personally memorable as the first ascent/solo soul-quest trip I took across the Islamic World a few years ago before moving here.

The Becky-Chouinard Route on the South Howser Tower. A “turbo-classic” as my friend Grant Stewart would say.

Slesse is also a nice peak. Must get out that way more often. Fred Beckey called the NE Buttress “the crown jewel of the North Cascades”. Go do it. We had fun.

Just working through the classics in the standard North American areas mostly – Yosemite, Indian Creek, the Bugaboos, the Cascades, the Canadian Rockies and the Coast Range. Developing the skill-set to take on technical objectives in remote, difficult-to-access mountain ranges abroad.

Me and my lovely wife on top of Mt Habrich

One cool area we checked out this winter was Grand Cache in Northern Alberta. Here is an aerated “Wi6” (whatever that means) pillar which we ran laps on.

With my friend Olek, I did manage a fast sea level-to-sea level Tantalus Traverse (just under 48 hours I think) last summer, but I’m sure someone else has done it faster. I don’t run much anymore and there are plenty of ski-mo/endurance athlete types around here that do.

Proper glaciated terrain in that range. Somewhat real at times.

Made an ascent of this route “Shreddie” (90° ice, wet condition) on the Duffy Lake Road with my buddy Ryan Larkin this winter. Per Ryan, it was the first time someone has been up it and lived long enough to spray about it on the Internet in over a decade. But then again, did Instagram exist 10 years ago? Anyway, we got up it not because we are good but because the route never comes in and I guess everybody else in the Corridor had to work that day.  It was something like my second or third day on ice for the season and it was Ryan’s twenty-somethingth so he led both pitches. Free ride, can’t complain.

Another turbo-classic from a recent trip to Field. “Carlsberg Column” (90° ice, hooked out easy condition). Climbing on this well-trafficked Rockies stuff is straight-up #movingmeditation. The chill beaten-out nature allows you to take it uber-slow, breathe, close your eyes and live it. Just perfect. I find I don’t really get pumped on ice lately. Maybe I need to try scarier, more complex waterfalls. Or maybe not… 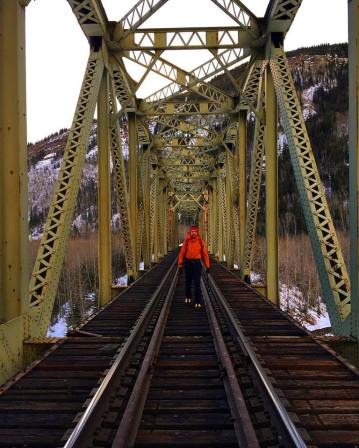 Irrespective of records, timekeeping and verified proof of how rad we are, I’ve been on the rocks and out on the tools a decent amount last few years and in so doing I’ve become a reasonable crack climber with an analogous penchant for granite slab heinosities as well. Plenty of cool places that an interest in those two rock types can take you.

A photo taken a few summers ago on Sentry Box. Squamish’s first 12a. Great route.

I fell off shortly after that hero snap was taken

And here is me dragging my fat ass up Kahoukers (5.12b) on a sunny day in the Bluffs the day before yesterday. I’d pretend that I’m using double-rope technique because I’m a gritstone-fed British hard-man but the real reason is I like to stitch it up like a Janomi sewing machine and this is the only way I can place 15 pieces of gear in 5 metres.

So naturally, in the spirit of grade-chasing, why not make a list of some of the routes I’d like to ascend around the traps this year, in ascending order of difficulty (because ascending is what we do). Why does the reader need to see my list of unticked pre-spray? Because tick-lists are the only thing which rock climbers are good at creating. Endless fucking tick-lists. Meaningless, largely counterproductive-to-society tick-lists. Climbers are, after all, society’s least-productive individuals.

I’ve also been back to the Antipodes a few times since the Great Migration. Climbed some nice granite cracks in the bush and had a few false starts on secret projects in New Zealand’s Southern Alps with my good friend Lee Mackintosh (a Department of Conservation SAR technician and all-round beautiful man based out of Mt Cook village).

For the most part, climbing in the First World is generally pretty chill so I’m looking forward to doing some more routing in what Trump refers to as “shithole” countries. The Yemens and Irans of the world tend to have a character about them that just makes for a better all-round experience. 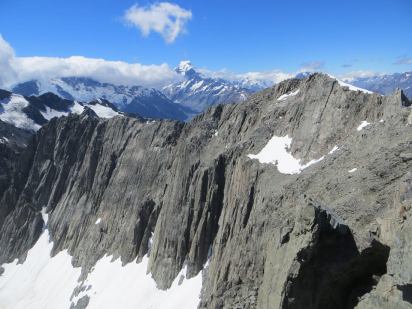 Aoraki/Mt Cook in the background. Unclimbed rock routes on this wall. They are not the aforementioned secret projects 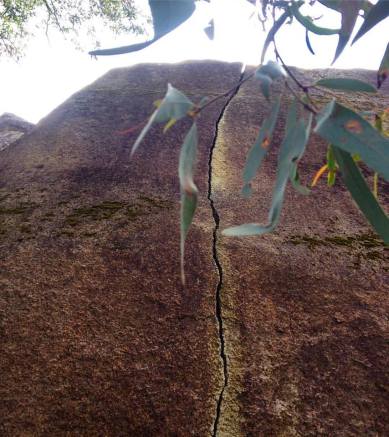 #Bushclimbing. The eucalyptus symbolises rebirth. Regeneration after a bushfire. New life against the odds. The name from the Greek “kalypto” meaning “to cover”. As in to cover a whole country. And to cover it well. So too with the granite tors of Australia’s capital territory – blanketing the landscape. Fire-roasted granite exfoliating to reveal new lines. Old aid lines waiting to be freed. So much potential here and this place is waiting to be born again. Just ask the extant population of rock wallabies.

Other good days out are catalogued below.

“Scrobiculate” (adj): “having numerous shallow pits and depressions”. This is the pock-marked snowscape of Pelion in the early morning light.

Must do more of this. Get into kayaking again, that is 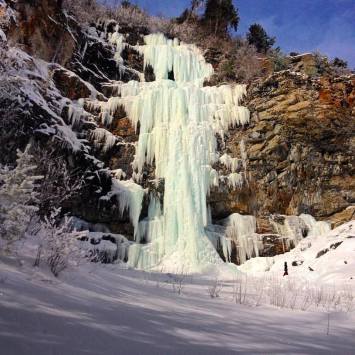 Elsewhere, and in the fall, I’m to begin a MPhil/PhD at King’s College London. Even better, with the wonders of the Internet Age at hand, I don’t actually have to live in London. Sporadic visits to my supervisors during the four or so years of study shall suffice. The supervisors too, are world-class. Jon Hill is a noted authority on social movements in Algeria. He is also a bloody champion when it comes to email banter and can crank out some excellent constructive criticism to-boot. My second supe, Mike Martin, a British Army officer-turned anthropologist was the guy who literally wrote the book on conflict ethnography in Afghanistan. Kilcullen is a poser. Martin is the Pashto-speaking real deal. Kind of ideal really.

If you follow any of my news-centric writing for #theirABC or elsewhere, you can probably glean that I’ve developed something of an interest in war crimes of late. Moreover, I’ve realized after dabbling in other fields to mine that criminology is basically a sub-discipline of my core specialty – the anthropology of violence and conflict.
So, and following this discovery, my PhD thesis is going to be fairly interdisciplinary – combining anthropological, biogeographical and criminological perspectives with area studies to make sense of some of the many awful things emanating out of North Africa.

My main interest is in how terrain and topography shapes political culture and patterns of violence in Algeria and Mali, particularly with respect to the Atlas and the Sahara. In this respect, and with my recent dabbling into war crimes literature at the back of my mind, I’d be interested in doing some fieldwork in the Algerian Atlas – in the same parent range where French mountain guide Hervé Gourdel was beheaded in 2014.

The subject matter is dark but I can’t really think of anything more important than figuring out, sociologically-speaking, how a group of punk kids from a remote mountain village fell sway to a foreign ideology as atrocious as ISIS’ brand of jihadism. Moreover, the fieldwork, though challenging, should be reasonably safe as the Algerian government seems to have cleaned up the various networks in the area.

Otherwise, there’s always more to blog about and I hope to do so more often. Someone on the internet machine referred to me as a “journalist” the other day. Strictly speaking, and given that I have written for various journals and news imprints in the past, there may be an inkling of truth to that. That said, I’m still unsure how I feel about the label. In the Army, soldiers are taught (I better add “not explicitly”) that journalists are the lowest form of life. Hence why I’ve always preferred the term “writer”. And hence, in part, why I’m becoming a “blogger” again. My way of reconciling the ontological insecurity and cognitive dissonance created by my systematic indoctrination by the military.

Since leaving the green machine though, I’ve learned that the lowest-form-of-life designation commonly given to journalists is largely an unfair stereotype. Many working newsmen, like my friend Dan Oakes – investigative reporter over at #theirABC – are painfully fair, balanced, hard-working and under-appreciated. Personally, I have a lot of respect for “the press” now – particularly when it comes to dredging up wartime atrocities and other nastiness committed by various actors the world over.

More on that later no doubt.

For now though, there’s been an excessive use of the words “I” and “me” in this blogpost. There’s also been very little mention of the partners who drag my fat ass up routes and belay me on my redpoint flails. Unsung heroes. As such, I’m going to sign off now before I read this whole thing back and realize it’s all completely unfit for public consumption.

Swim against the current. #arty 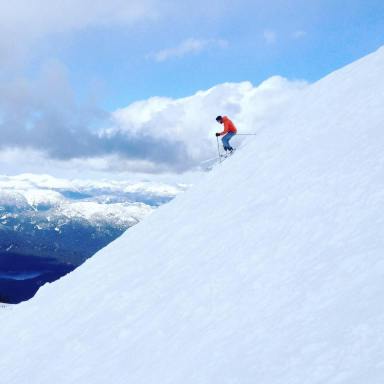 I ski like shit. But here is a picture of me skiing. Remember, blogging is the art of the spray-down.