I have been nominated for an award.

I submitted the entry myself. Filled out the form. Sought out a reference from my editor. Selected the “New Writer’s” category in the drop-down column. Hoping, probably, that the award for neophytes was less competitive. It doesn’t seem that way, for future reference.

But what does “new” to the game – this highly-temporal, self-categorizing word “new” – actually mean? I’m a “New Magazine Writer” now apparently. But I’ve been writing obsessively since I was five.

Told my grade school teachers I wanted to write for a living. Wrote it down on a collage about my grown-up dream job. Spelled the dream “W-H-Я-I-T-E-R”. The “R” scrawled back-to-front in the bad handwriting I still live with today. Experimenting with Cyrillic script, maybe. Or so I’ll say at parties.

“New to the Magazine Writer’s World,” is what it means. And it says as much explicitly. The capital “M”s and “W”s etched into the announcement.

“Welcome to Magazine Writer’s World. Here is the coat-check, there is the first aid station. There’ll be a half-time show where chimps show off their skills with a crayon at ten o’clock.”

Above the heads of the anointed in the entrance hall, a banner with that famous apocryphal quote often falsely attributed to Hemingway: “Writing is easy. You simply sit down at your typewriter, open your veins, and bleed.”

Very “work-making-free” in its implied hardship but absent any real suffering.

But there you have it. The writer’s lot. Written plainly in the entrance hall to Magazine Writer’s World. The red carpet has been rolled out.

A nomination then is a ticket with a scannable barcode. Bring it with you on the night and you can queue up while the doors open. On the other side of those doors? Upward mobility into the literary cosmos. Access approved.

“Here are some publishers. Some publicists. Agents of dissemination whose presence in your life negates the need for self-promotion.”

“Leave the blog behind. Self-publication is for the uninitiated.”

All in my imagination, of course. I’ve only been nominated. I haven’t inherited the Chocolate Factory yet.

But more important than this? This newfound access? The money, of course. The fame. F-A-M-E. No Cyrillic typos in “FAME”. No bad handwriting (others will do the ghost-writing for you now). Just the word itself, in big block letters, a neon-illuminated sign.

Public lectures and private functions with guest lists. The nightclub narthex with the vanishing queue.

“Witness me then worship me.”

Honorariums worth what it used to take the whole summer to earn. All the glitz. All the glamour. All the praise. Inevitably corrupting.

Not good for the ego but good for the pocket. The equivalent of academic tenure-track for a freelancer trying to cobble together a living on 25 cents a word.

I repaired my car with the pay I banked for the Outpost article – a travel piece about a train ride across Mauritania. At the time, as I drove away from the mechanic, it seemed a great reward just to have new wheel struts. It didn’t seem to matter that the three-figure cheque had barely fifthed the cost of a trip to a Saharan country in Africa’s northwest.

A reminder then, that I don’t write for money, for fame. Those words are there because they’re deeply embedded in my person. Because without this form of self-expression I am but a vessel of half-formed, swirling, unedited thoughts – thoughts without elocution, refinement and excision.

What did they do before the written word? Orated, I suppose. Without the electrics to power this blog, without the ink-wells to blot an A4 page, I’m sure I’d soon learn to speak properly too.

But I have this privilege – the privilege to not merely speak but also to write. It’s incumbent upon me to make the most.

I would like to believe that merit alone matters in this market.

But, “Christopher Augustus Elliott”. The whiteness is self-evident and my surname is soon to be hyphenated.

The fact of my white skin is a fact of genetics beyond my control, but the history which privileged it is one I should all the while acknowledge. Yes, I was born this way and without my permission.

But these words are all middle class, all private school, all three square meals with space to think and travel. There’s no real struggle here. Just words on a page. Phonemes on a blank blog template. Or however you wanna put it.

Born in Australia with the right to live and work in two Western countries. Raised in suburbia. But close enough to the city limits to escape, at will, to wild places. Before returning.

There are many places where others were born. But I was born in none of them. Not in a refugee camp. Not in some urban hood. Never the birth-written subject of some Ta-Nehisian riff – like one of the ones that inspired this screed.  So how lucky am I?

Lucky enough to be nominated, anyway. 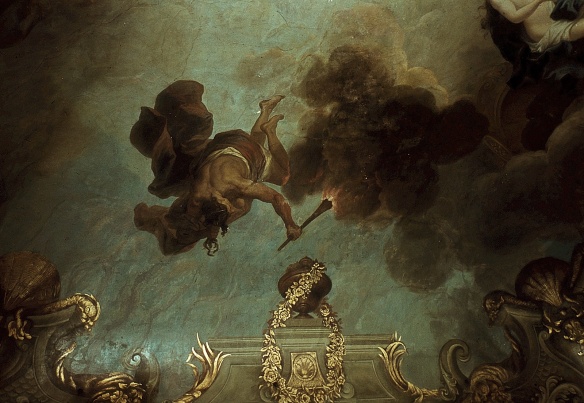 3 thoughts on “On Being Nominated”