A version of this article appeared in the Sydney Morning Herald.

The facts have been laid before us. It’s high time we came to terms with the chequered history of our special forces in Afghanistan.

Where last year, leaked inquiry documents shone a spotlight on the disquiet of some within Army ranks, this year many of the allegations levelled against Australia’s special forces have come from the mouths of Afghans themselves, adding volume to the ever-growing whistleblower orchestra inside Defence. 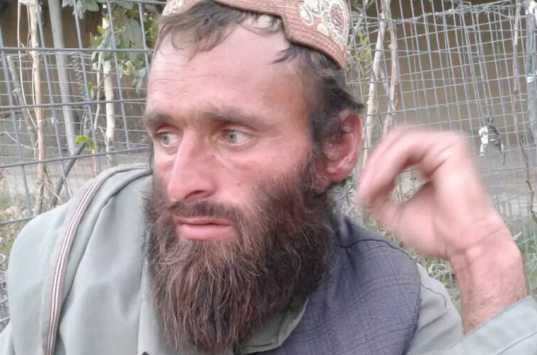 Abdul Mohammad, the brother of Ali Jan. His brother had gone to get flour and ended up dead, allegedly at the hands of Australian special forces. (Photo: Supplied)

It comes at a time of increased outcry by local people across the country. Since the International Criminal Court began collecting material for a sweeping war crimes case in November 2017, Afghans have submitted over 1.17 million individual statements to investigators – alleging claims of wrongdoing against all sides, Coalition and Taliban alike.

Not every one of those 1.17 million submissions will be corroborated. The Afghanistan conflict is a complex conflagration, overlaid and underpinned by an intricate information war. In the battle to control the narrative, every party is adept at leveraging propaganda from the deeds of their adversaries.

Even so, it is time that Afghan testimony was heard in its entirety. Where these new allegations against the Special Operations Task Group are concerned, many of the critical facts appear to be damning, harmonising as they do with whistles already blown by Australians.

The specificity of time, place and person. The exactitude with which the events were described – and their correlation with actual Australian operations. The descriptions of weapons, sound suppressors, camouflage uniforms. Right down to the gruesome nature of the deaths at Darwan – a village few in Australia had heard of till now – faraway as it is in the northern reaches of Uruzgan province.

In the village of Darwan, a special forces soldier kicks an Afghan prisoner off a cliff. (Illustration: Matt Davidson/Fairfax, based on an eyewitness account)

The testimony from Defence insiders too is devastating. Accounts seem to show the emergence of a psyche within special forces where all Afghan males came to be imagined as “associates”, “spotters” and “sympathisers” – somehow in league with the Taliban – a common trope in many war crimes scenarios, from Srebenica to My Lai. The coarse strategic logic behind the killings is clear then. By launching brutal retaliatory attacks against those imagined to be Taliban collaborators and by allegedly executing persons in custody, some members of Australia’s special forces sought to win their war through a campaign of fear.

With unfettered violence, these patrols sought to send a message that did not discriminate between farmer, family or foe – a message of capitulate or die.

Namely, protecting the people from insurgent coercion and addressing the root causes of popular dissatisfaction. All this to build support and legitimacy for the host nation government. It’s no secret that the employment of heavy-handed tactics in any community erodes the trust and goodwill of those who security forces are assigned to assiduously woo.

But if the reported events are symbolic of a problem that goes right to the heart of Australia’s special operating culture, the next question to be asked is how did such a culture take root within such a well-regarded fighting force.

By all accounts, this pivot towards ultra-violence has been incubating for years, typified perhaps by the veneration of vigilante icons, Spartan imagery, death symbols and other gory phantasmagoria.

Indeed, the role played by this now-banned iconography in desensitising soldiers to what the Crompvoets Report called “illegal violence” should not be understated.

As the anthropologist Clifford Geertz writes, culture is nothing but a collection of such symbols – a process of “semiosis” or “sign-making” – “by means of which men communicate, perpetuate, and develop their knowledge about and their attitudes towards life”.

The visage of the Phantom, as depicted on the shield of a Melanesian warrior. (Source: Christopher Johnstone)

Akin to how cargo cults in the highlands of Papua New Guinea form coalitions around charismatic leaders and paint the image of American comic book vigilantes on their shields for protection, there will be much to be discussed in future about the role played by certain charismatic corporals and foreign “cargo” (including the violent attitudes imported from American popular culture) in the formation of insidious sects within Australia’s special forces.

Nowhere is this strand of cargo cultism more palpable than in the story surrounding the soldier codenamed “Leonidas”, reported by Fairfax to have kicked an Afghan man off a cliff – mirroring a climactic scene in the film 300.

But this is only one element of the story. The organisational behaviour of humans is complex and the fall of a culture can be a difficult process to map. The totems glorifying murder and vigilantism were emblematic of a drift away from traditional beliefs and Chief of Army Angus Campbell was right to ban them. But they are only one facet of a more entrenched problem writ large. It’s clear now though that Defence is coming to terms with a crisis within the ranks.

In the 1990s, when members of Canada’s elite Airborne Regiment were found to have tortured and murdered an unarmed teenager in Somalia, the Canadian government’s ultimate decision was to disband the unit. With this history in mind, one wonders how Australia’s Special Operations Command as an institution could recover from this. One wonders if it should.