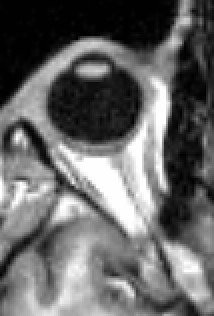 There was a dead man lying face up in the elevator but he hadn’t realized it until about ten minutes ago. No one else had seen the body yet either.

If he’d been monitoring the CCTV terminal more closely he would have seen a pair of rigid sneakered feet protruding from the elevator doors into the lobby. Bottom left camera. Top right corner of the frame. The feet had appeared on-screen about two hours earlier. It was possible that if he had been paying closer attention – as perhaps he was supposed to be – he’d have noticed the discrepancy a little earlier.

But he wasn’t and he hadn’t. The Facebook notifications on his smart phone had occupied most of his attention for the better part of the evening. Such is life when a dull man’s duty – the day in the life of a guard – becomes a routine.

That said, it wasn’t fair to put all the blame on his being lazy. By the time the doors were locked at ten, the cleaners were all gone and the nightwatchman was often the only man left in the building – unless someone upstairs was working late.

And normally he’d know if there were others upstairs. He’d worked security at Panopticus Technologies for five years now and he was accustomed to the sight of employees bivouacking under desks during his midnight rounds.

For the last six months though, he’d been instructed to skip the upstairs rounds. The office suite and the server room were off-limits to everyone who wasn’t part of the product development team.

“A temporary measure for a special project”, read the email. “No non-essential access”. That included the security team and the cleaners. The developers would empty the bins themselves. The CEO himself had come down to instruct security to remove the surveillance cameras from upstairs.

Really then, with interior patrols cut to nil and with nothing but the lobby cameras and the external cameras to monitor there wasn’t much for him to observe that couldn’t already be discerned with the eye from behind the reception desk. Evenings of static watch had become his routine. Tonight, he’d moved twice from his chair. Once for a bathroom break and once for a smoke outside.

Outside, the night sky was aglow in the black-gold wash cast out by a circuitboard of city lights and street lamps.

It would still be dry and hot out there, he knew, even though it felt cool and breezy in the air-conditioned lobby. He’d felt the heat on the way in to work and knew it to be the type that didn’t go away. Typical for this time of year. That parched almost high-voltage hotness that is peculiar to Palo Alto in the summer.

“The hot buzz”. It was something to do with the local topography. The Santa Cruz range was both a desiccant and a conductor – a rain shadow-maker and an atmospheric particle-charger. A logical place to situate the data hub of Silicon Valley.

He knew the man was long dead as soon as he saw him. Pale skin. Cold to the touch. Dilated pupils. Stiff around the neck. Jaw the same. No signs of life. The man was not long dead but he was definitely dead. The guard never even started CPR. He’d just called the number – the number that everybody knows – then returned to the desk to wait.

He had the dead man’s ID badge and lanyard in his hand now. Common American first name. Immigrant surname. A second-generation “Senior Developer”. Early thirties. No doubt the man, when alive, had been a genius of some sort. They all were.

You didn’t have to be a tech insider to know that the company was in the business of recruiting talent. All of that information was publicly available on everyone’s LinkedIn accounts. Data analysts poached from Palantir and Darktrace. Software engineers with Google-y CVs. Sales and marketing types with personal endorsements from the likes of Kalanick, Thiel, Musk and Zuckerberg. And the CEO, of course. A college dropout from Berkeley – a kid with big ideas who’d keyed together some show-stopping code in his Mom’s basement. Standard. Made his first fifty million aged twenty-one.

He wondered how much p.a this second generation “Senior Developer” would’ve reeled in before he died.

Mindlessly, he enacted the protocols for a workplace emergency. The on-call lead-hand – his supposed supervisor – wasn’t picking up. That guy never picked up (hopeless). He did however get onto the building manager who, groggy sounding, said he would call him back.

Outside, he could hear the sound of sirens now and he moved to unlock the main entrance.

The phone rang again but it wasn’t the building manager. It was the CEO. The shock in the kid’s voice was palpable.

The guard told him he didn’t know.

“Is there anyone else still working upstairs?”

The guard told him he didn’t know because interior patrols had been cancelled by Corporate.

“Will you wait till I arrive before you show the police the rest of the building?”

The guard told him he wasn’t sure if he could do that because they were talking about a potential crime scene. He might have to take his cues from the officers.

As he put down the phone, he could imagine the kid on the other end throwing on a T-Shirt and sliding into the driver’s seat of his Aston Martin.

There was no doubt they handled some sensitive projects in this building.  For a company that had teamed up with other tech giants in the Valley to protest the FBI’s demand for “back doors”, Panopticus had concurrently in the last six months, signed a contract worth a quarter of a billion with the US Government.

There had been some controversy about that. Given the CEO’s public image as a data privacy advocate and given that the company’s lead engineer had once-upon-a-time designed system architecture for Wikileaks – “he fancies himself a grey-hat hacker on the side of radical transparency” read one profile in Wired – some were saying that the company had sold out to the Man.

The police were here now. Three of them. Paramedical team behind. The paramedics confirmed the man dead.

“How long was he here before you found him?” One of the officers asked.

The guard told them that he hadn’t yet checked the camera backlogs.

“What do you know about the nature of his work with the company?”

The guard told them that he didn’t know the ins-and-outs of Panopticus’s work beyond the basics. That its engineers were experts in the field. That its clients included media giants like The Guardian as well as government entities based out of Maryland.

That two days ago, he’d overheard a conversation between two developers. “We’re not trying to create an all-seeing eye here,” one of them had said. “The aim is to filter out the crap. Good IT turns complex information into easily-digestible tidbits. Anything that doesn’t do that is bullshit – vaporware”.

The police asked him if he’d observed anything unusual in the building or in the immediate vicinity during the course of the evening.

Had he ever observed violence in the neighbourhood?

“Yes”. He had, in fact. There was a black homeless man would sometimes be seen in the alley next door. Harmless fellow. Never a nuisance to anyone, least of all to security. It was just after the election – just after they announced the results. He’d seen it on Exterior Camera #4 – which pointed down the alleyway. The attacker was wielding a knife. A white supremacist with a long history of violent crime, as it turned out. “Emboldened”, per the headline in the LA Times the next day. If not for the guard’s intervention that evening the homeless guy would’ve been a statistic. Even still, the stab wounds had been life-threatening.

The CEO arrived just as the police were finishing their questions. He was told to wait outside – “but please wait there, because we’ll need to talk to you too”.

The officer turned back to the guard. “What time are you supposed to finish?”

“Well, not till seven a.m really.”

“You can go home early if you want. Now, if you wouldn’t mind.”

The building was now a crime scene and they’d be calling him into the station tomorrow (today, really) to make a formal witness statement.

He collected his things and took one last glance at the body. Unlike with last year’s stabbing, he hadn’t really witnessed anything at all. That was the whole point. He hadn’t been doing his patrols upstairs so he hadn’t even known who was in the building. He still didn’t know who was in the building. After all, there weren’t any cameras upstairs.

He walked out into the hot night and the glass doors of the building closed behind him.

A man died tonight, he reflected. And he was too late to help. For a number of reasons.

Not to worry though, he consoled himself. The eye can only see what the eye sees after all.